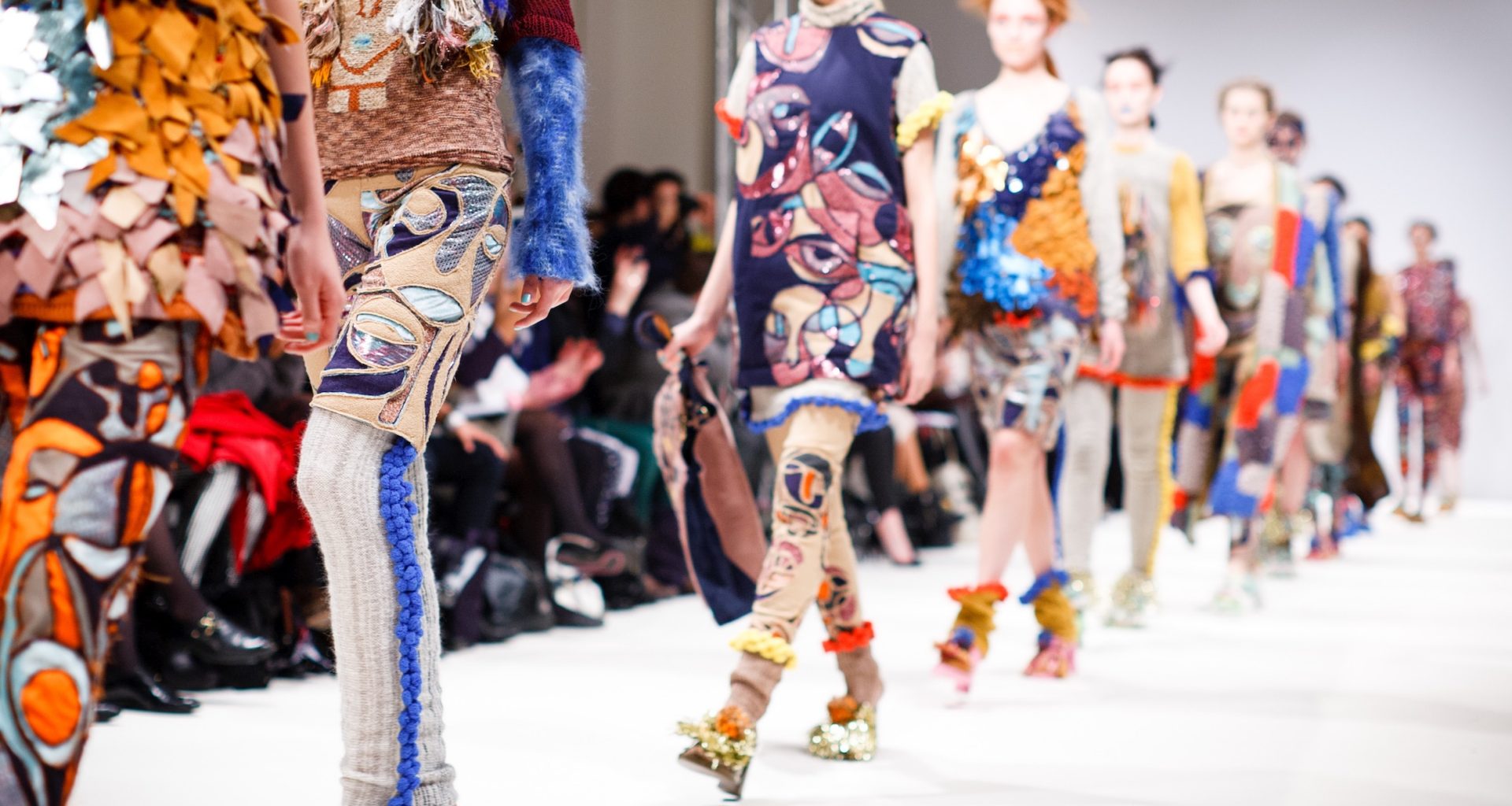 Why Are Creative Directors Leaving?

In the past 12 months, new creative directors have been appointed at Dior, Yves Saint Laurent, Lanvin, Calvin Klein and Oscar de la Renta.

Changing the guard at a creative fashion house comes with a risk. In the past 12 months, new creative directors have been appointed at Dior, Yves Saint Laurent, Lanvin, Calvin Klein and Oscar de la Renta. October has definitely seen the most exits so far.

After just three seasons Peter Dundas left Roberto Cavalli, Justin O’Shea made it only six months at Brioni, and most recently Consuelo Castiglioni stepped down after twenty years building the Marni brand. Parting ways with creative directors seems to become a trend in the fashion industry and involves large sums of money. This makes us questions why? Sadly, things happen with ease, argues Lauretta Roberts, editor-in-chief at The Industry London. “The luxury industry had been struggling, and when a business is not doing well, and collections aren’t selling, they change the creative leadership to see if that can turn things around.”

According to WWD in 2015, Roberto Cavalli had seen a dramatic decrease in revenues by 14.2% and went down to a total of 162.0 million GBP. It makes sense why Dundas’s comeback was indispensable. Hayley Smith, Owner and Head of PR knows about the required skills needed in the fashion industry that she describes as “clear creative brand vision” and “pushing the company through tough times”. “Making them appeal to new audiences, and making them more relatable is what a good creative director will do. They relay the brand messages.”, she says.

Dundas got whistled back by Roberto Cavalli in March 2015 to present his first comeback collection for Autumn/Winter 15/16. It has been ten years since the Norwegian designer served as a chief designer for the Italian brand between 2002 and 2005. That was before he decided to move on to become artistic director at Emilio Pucci in 2008.

Former CEO, Renato Semerari, expressed his thoughts to Reuters, as mentioned on the Fashion Network. “He [Dundas] will bring fresh air to the brand, and that’s very much what we’re looking for.”

With his Autumn/Winter campaign for 2015 and 2016, he reached the top ten of Fall campaigns, as featured on The Business of Fashion. However, Dundas’s ambition did not pay off as he had to give up his well-earned nest at the Italian fashion house. ”He has put in his time and now it’s his time to go off and do other creative projects,” says Amy Gambacorta, global fashion design director at Eponim.

Roberto Cavalli was not the only Italian brand to get rid of its chief designer. Justin O’Shea, who had been appointed by Brioni as the creative crown in March this year, left two weeks before Peter Dundas, after just six months with the brand. As the former fashion director of luxury e-tailer MyTheresa, he had a different background in fashion and a particular field of expertise; Retail. “They appointed, primarily a marketer as creative director, which was an interesting move but he wasn’t a designer, and it became apparent quite quickly that it didn’t work out.”, argues Roberts.

The issue that came with Brioni was being owned by Kering one of the big conglomerates in fashion. They are the ones “who hold the power” when it gets down to making decisions of who comes and goes, says Roberts. “When a brand is not performing well, one of the things that you have probably got to work on is the creative director.”, told Mario Ortelli, senior research analyst at Sanford C Bernstein, the Business of Fashion. “It was a big change that probably the consumer was not ready to appreciate.”

Is the power shift affecting only big fashion brands? Creative directors at fashion magazines feel the tensions in the industry too. Marie Dalle, a 3rd-year creative direction student at London College of Fashion, experienced the issue when she was an assistant to a creative director at a renowned fashion magazine in Paris. She points out that “there were a lot of tensions with the management team”, who wanted to change the magazine “to be less artistic and more commercial“. The creative director, who wants to remain anonymous, was about to leave after twenty years in the anxiety of losing his control and power. Smith equates the issue with “creative control” and who within the organisation it belongs to.”

Many creative directors leaving the fashion industry criticise the role itself; that is only partially creative and decisive today. “A creative director used to take care of just a small part. You had the creative control, but that was it. Now you have to also supervise social media content online and a lot of advertisement and celebrities. Where is my creative freedom in all of that?”, says Dalle.

Creative executives are being pushed to fit a commercialised field and kicked out of the fashion circle, but some still decide to depart voluntarily. Consuelo Castiglioni’s announcement to leave the Marni house in October after 22 years building the brand, came with a surprise. However Castiglioni decided to leave out of choice: ”These were hectic and exciting years, which absorbed all of my energies to create a project I am proud of. The time has now come to dedicate myself to my private life,“ she said in her statement.

The Marni fashion house has already named its successor Francesco Risso, former Prada in-house creative director. Risso’s first collection for Marni Autumn/Winter 2017 will be presented on catwalks in Spring next year. “The inclusive spirit is a benchmark of the brand and the people who have created that are still there, so it will be an interesting and exciting time to go forward to have a fresh face, who will no doubt immerse himself in the world of Marni.”, says Lucinda Chambers, fashion director at British Vogue.

A creative directors’ energy capacity is continuously drained out until the last droplet. Belgian fashion designer Raf Simons, who had been creative director for Dior for more than three years left due to “the constant pressure to create six collections in a year” but also because there was “not enough time to execute the collections how he wanted.”, explains Helmi Tynninen, 2nd year Fashion Buying and Merchandising student at London College of Fashion. “This constant struggle can be draining, and deflects from the creative process.”, says Hayley Smith, Owner and Head of PR.

It does not matter how creative directors leave the industry, as the role comes with mental health issues. Roberts argues that there could be another significant reason for creative directors leaving the fashion industry. “You can see it becoming more and more about being the public face, touching all parts of the business and not focusing so much on the actual designing. There will be a backlash against that as more designers burn out.”, says Roberts.

With so many ups and downs to being a creative director in the fashion industry, fashion students in London are not getting deterred by it. According to Jason Kass, Course Leader of the BA (Hons) Creative Direction for Fashion, creative direction makes a well-visited course at the London College of Fashion. With a total of currently 160 registered students, 55 of them make the first year undergraduates. The number of students enrolled, increased by 20 percent in 2016 compared to last year.

There is an imbalance of tasks between managing a team and being the head of creative minds at a renowned fashion house. It is not an easy task to handle, especially when you are young and want to make an impression in the fashion industry. Future creative directors should have specific skills before heading out for a job, as Gambacorta advises: “The design director needs to understand the brand and its DNA, its mission, its goals, its objective, inside and out. One should know how to also do all the obvious design tasks including tech packs, patterns, and have good fabric and sourcing knowledge, as well as sewing and drawing skills. Someone who understands the design process from conception to execution.

New decisions are made, new creative directors are appointed. Will they stay for a little longer than former creative directors? Is the position becoming short-lived? “I would be excited if Miuccia would do the Raf Simons brand for a season, and then I would do a season for Marc Jacobs in New York, and Marc would do Prada; I think the audience would be totally excited by that.”, told Raf Simons in an interview with System Magazine.

It could mean a shift for creative directors in future but also a disruption in the fashion hierarchy; what if the fashion industry is not ready for a switch yet? Change can be always interesting, as long it does not interfere with creativity. To put it in the words of Gambacorta: ”Anyone can have a great idea, but it’s seeing it through and making it happen is what really defines a creative director.” 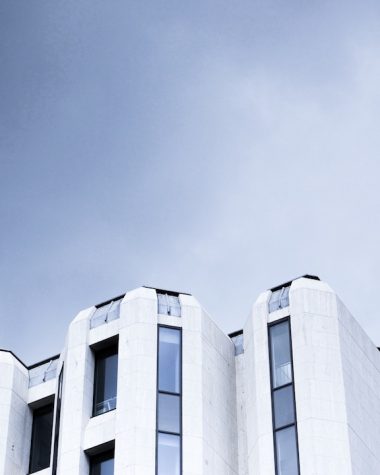 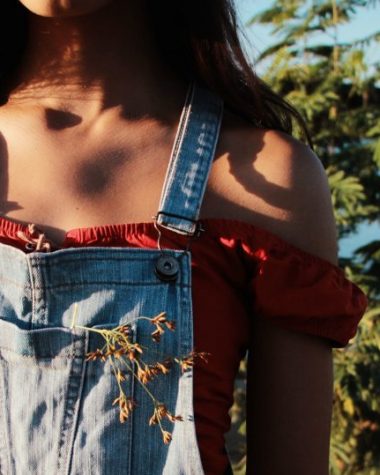