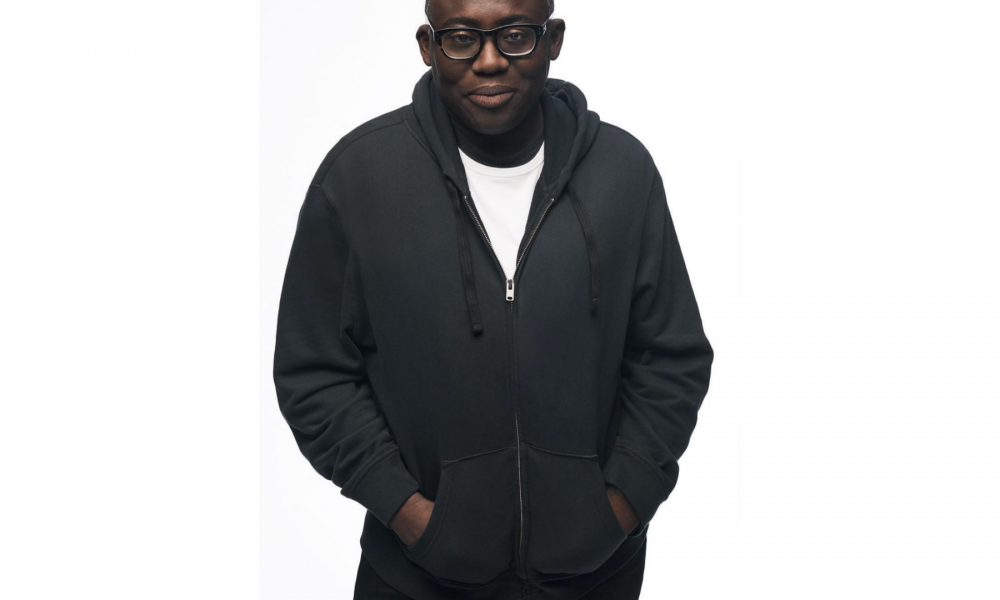 Who is Edward Enninful?

In January, the fashion world was shocked by the news that Alexandra Shulman was leaving her role as editor-in-chief of British Vogue – a position she’d held for 25 years. Seven months later on August 1, Edward Enninful took over the helm.

This article was originally published on _shift London

In January, the fashion world was shocked by the news that Alexandra Shulman was leaving her role as editor-in-chief of British Vogue – a position she’d held for 25 years. Seven months later on August 1, Edward Enninful took over the helm.

So, who is Edward Enninful? Born in Ghana, raised in West London, Enninful came into contact with the world of fashion at the tender age of 16. Simon Foxton, a former i-D fashion stylist, spotted the stylish young boy on the London underground.

From one coincidence to another, Enninful began his fashion career as a model for Arena, but also had the luck to meet Nick Knight during a shoot at Foxton’s house. “He was very shy and hardly spoke at all, but I remember he had a grace and melancholic beauty to how he modelled,” recalled Nick Knight in an interview with i-D.

Alongside starting a degree at Goldsmiths, Enninful spent most of his days modelling and assisting i-Dstylists Simon Foxton and Beth Summers. At the youthful age of 18, he was asked by i-D founder Terry Jones to take over from Beth Summers as fashion editor at the publication.

“During his time as fashion editor, the i-D office became a drop-in centre for the waifs and strays of the fashion and media world,” said Simon Foxton in an interview with i-D. He added, “I can’t imagine the rest of the i-D staff were totally enamoured with this ongoing party around the fashion desk, but we all had a fine time!”

Enninful developed a signature style at i-D that was provocative yet elegant, at a time when grunge styling was slowly emerging. Renowned make-up artist Pat McGrath offered another realm of opportunities for the young editor.

By the age of 22, Enninful was collaborating with McGrath on Calvin Klein campaigns. This lead to other opportunities, such as being offered the position of contributing editor at Vogue Italia in 1998. A massive opportunity for the golden boy who got to work alongside the talented Franca Sozzani and Steven Meisel. “I always say that I was a London stylist, but when I worked with Steven, I became a proper stylist,” Enninful told The Ground magazine.

The fashion world quickly grew fond of his approach to styling. Enninful gradually became famous for his successful treatment of racial and cultural issues. Some of the stylist’s most prominent successes, including the famous Black Issue, are great examples of this. Dubbed the ‘fab four’, the Black Issue was a piece of work he produced with Steven Meisel for Vogue Italia in 2008.

Successfully celebrating black women around the world, the issue featured models Jourdan Dunn, Naomi Campbell and Sessile Lopez-Holmes. It was no secret that the fashion industry lacked diversity, but it was an issue that Enninful wasn’t afraid to point out. “I’d be even happier when it’s just the norm and not necessarily always a special issue; when every time you open a magazine, you see a black model, a white model and a Chinese model,” he told the Business of Fashion in 2012.

After his success at Vogue Italia, alongside his time as contributing editor at American Vogue, Enninful was appointed as fashion and style director of W Magazine in 2011. The Condé Nast publication, which had struggled since the late 2000s, was in desperate need of a new creative head to guide it in the right direction. His distinct styling put a new spin on W covers, which had previously been lacking in diversity. Enninful’s most recognisable W covers feature a whole host of famous faces including R&B artist Nicki Minaj, as well as Miley Cyrus and Rihanna.

This week, Enninful’s first issue of British Vogue hits the newsstands. So, what can we expect? “I’m very excited for the new era of British Vogue. British Vogue has stagnated over the past few years, and an update is urgent. I’m looking forward to the much-needed diversity and inclusivity he will bring to British Vogue,” said Weiqi Yap, fashion journalism student at the London College of Fashion.

There is a great possibility that Enninful will change British Vogue’s editorial landscape. “It is a strong statement towards diversity and I think he will spruce it up a bit,” said Carmen Wolfschluckner, final year fashion journalism student at the Academy of Fashion & Design in Berlin. She added, “He will change the magazine’s appearance and probably work with a lot of new people as he is known for his celebrity friendships.”

Debuting the December cover on his Instagram account on Tuesday evening, Enninful stirred up a sense of enthusiasm surrounding his first issue. “The cover looks fun. There was something special about the older issues that modern magazine don’t have,” said Monica Hodgson, international fashion production and management student at the London College of Fashion. “The Horst exhibition from the V&A a few years ago might be a good place to look or refer to for older British Vogue covers and why they worked so good.”

In a celebration of diversity and a homage to the swinging 1960’s, Enninful has arguably already put his distinct stamp on British Vogue. 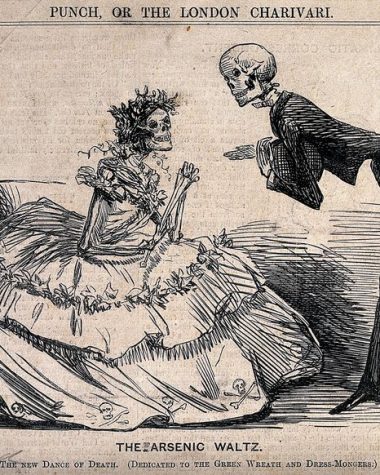