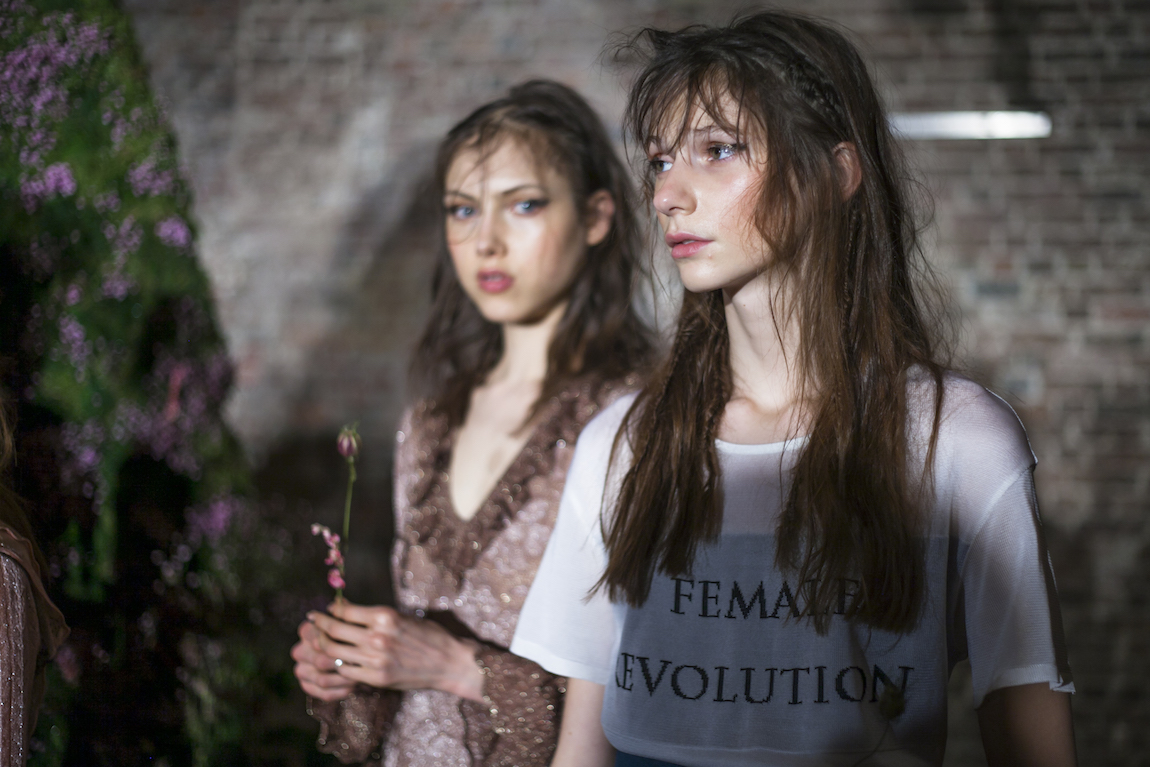 “The Future is Female”, “Love is the essence”: Slogan t-shirts are the biggest trend for spring/summer 2017 and are a big seller right now.

First introduced in the 90’s with the FCUK movement and pushed by Maria Grazia Chiuri last season they are booming more than ever before. She gave political slogan t-shirts and the feminism movement a pretty good boost and started a fashion revolution. Her “We Should All Be Feminists” shirt was just the beginning of a movement and many other brands like Michael Kors, Henry Holland, Calvin Klein and Prabal Gurung started to follow. I’ve been checking my feed constantly during the fashion month and the truth is that almost every blogger sported at least one of those statement shirts. Check out this pic and you’ve got the top-notch bloggers rockin’ them. Fashion found its own way to comment on politics and art made it possible for them to speak out.The mix of pop and couture that Chiuri brought up broke boundaries and a fuck-all inspired revolution was born.

Last year has been a shitty year; Trump won the election, Britain’s decided to leave the EU, the Aleppo crisis escalated completely and some of our favourite celebrities passed away. The list is long and these are just a couple of examples. All of that impacted us in different ways. Calvin Klein acted against Trump’s discrimination and sent fashion guests white bandanas to wear to the show as a symbol of hope and unity. Prabal Gurung sent out his models wearing t-shirts that had “The Future is Female,” ”My Boyfriend is a Feminist” and “Girls Just Want to Have Fundamental Rights,” written on them.

Political slogan t-shirts have played a major role in political scores in the past few years. For politicians like Hilary Clinton, it was the best way to reach the younger population during the election. They wore “Hilary is my homegirl” t-shirts and showed their support. Indeed politics found a way to use fashion as a tool to get votes from youngsters and to get their message across. Indeed fashion and especially slogan t-shirts gave us a pretty good reason to become active in politics and to take our message out to the world. Sarah Young, who wrote an article for the Independent recently said they’re “a visual marker for what you believe in, a sartorial meeting of minds and a firm middle finger to the establishment.”

The Risk of putting out too much…

I love it and I’m all for it, but with every fashion movement comes a risk. Lately, I’ve been walking on Oxford Street on my way to work and a girl passed by. She was dressed casually from head to toe, a pair of denim, Nike trainers and a shirt. What caught my attention was the ‘I am an Immigrant’ shirt that she was proudly wearing. The question is: When is too much too much? Alone the word sounds quite offending to my ears. Besides that, I believe it comes with a double-edged sword.“Hey, I’m an outsider” but at the same also “Hey I belong here like everyone else”. Do we really want to be pigeonholed by what we’re wearing? I believe that to a certain point we should stop sloganing things off our chest.

About politics and trends

First, we are starting to turn political issues into trends that are either made to last or die. The ‘I’m an Immigrant’ movement, for example, was a reaction to Trump’s travel ban to show unity and support and to go against racism. Now, take Generation Y and Z, who’s sporting the shirt like a pair of jeans on a daily basis. How many of them are wearing it and truly know what they’re supporting? How many ordered it online because of the hype? And that’s what’s really bugging me in fashion when political debates turn into trends and end up as a hype. In the end, it’s just about the selfie and to get a bunch of likes on Instagram. Because hey, if Rihanna does it, I can too.

Are Slogan t-shirts or political t-shirts equal? They’re actually completely different. I bought a ‘Rebel’ jumper from Zoe Karssen a couple years ago and I still wear it to death. I bought it because I loved the message behind it and because it reflects a part of me that no one really knows about; that I’m a person who loves to swim against the tide. That’s what I believe slogan t-shirts should do; reflect your personality, your favourite band, your avocado addiction to the outside and not the next Trump story that hits the front page.

Immigration isn’t just about diversity or women and men of colour, but it’s about our ancestors and their stories. It’s about the brave tales, the war refugees and families, but also about the strong women and men who took the risk to go on long journeys, to move to another country and to rebuild their lives. I believe that an ’I am an Immigrant’ t-shirt undervalues its true meaning with fashion turning it into a superficial trend. If not through fashion, how can I express my thoughts and political stand you ask?

Become an activist, get inspired by true stories and get your hands dirty. Be social and meet like-minded people, discuss your thoughts or sit down and write. Nothing makes it easier than writing it off your chest especially when we’re part of the digital age. Take it to social media, evoke a shitstorm and start a discussion. The point I’m trying to make is; Fashion isn’t always the best way to start a movement, not in politics. If you really want to make a change, become active and leave the immigrant shirt in your drawer. 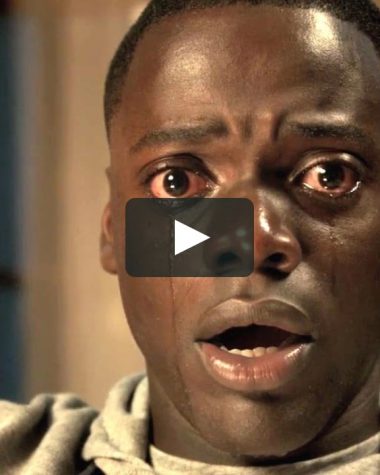 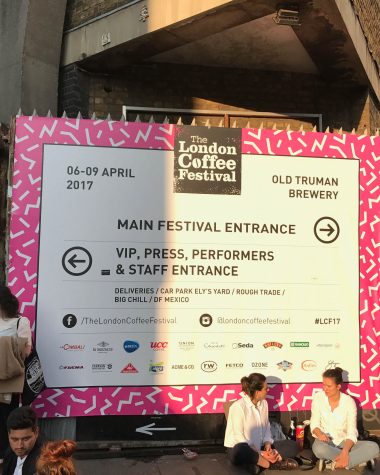