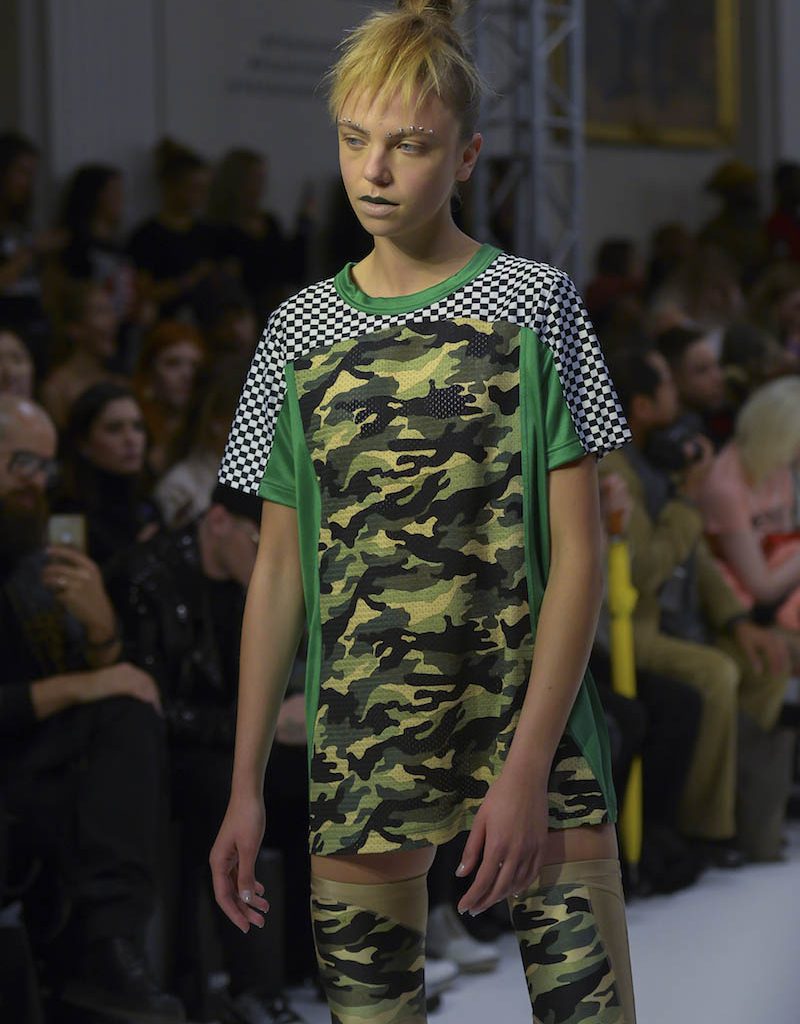 CAMOUFLAGE ON MILITARY JACKETS, SKIRTS AND LEGGINGS COMING IN A PUNK FINISH; DANS LA VIE KICKED OFF FASHION SCOUT DAY 2 AT FREEMASONS HALL ON SATURDAY WITH A GENDERLESS THEME.

Unisex designs in all forms conquered the runway with sporty looks setting the theme of the show. The upbeat atmosphere underlined the sports luxe designs that challenged the boundaries of conventional beauty.

‘Less is more’ echoed through see-through rubber skirts and khaki mesh trousers. Elements borrowed from military clothing were used in headbands and jackets meshed up with a checkered pattern. Except being loose and uniform like, garments were tight fitted and cropped with models wearing sports bras and mini fluttering skirts for a more cheeky-athletic look. With Camouflage taking centre stage on the catwalk, green was the signature colour to look out for, coming in seaweed, shamrock and crocodile hues.

Consisting of 19 looks, Dans La Vie’s designs for SS18 also borrowed on elements of the Punk movement. With T-Rex embellishment on Hollaback skirts and Mona Lisa prints on airy shorts; The rebel vibe was energetic seen on bold green lips and messy hairstyles.

Pushing boundaries of gender has been a huge topic in fashion this year, and Dans La Vie has cleverly picked this up. Going against what is considered to be ‘normal’ has been part of Dans La Vie’s DNA since the beginning, and the pinch of Punk just adds more to it. One garment specifically was repetitive throughout the show; Camouflage knee-high socks with colourful spandex stripes on sides. Screaming revolution this accessory was indeed an eye catcher and appeared to look fabulous styled with skirts and T-shirt dresses.

The garments and different styles of the collection triggered a memory in my mind, a time when borrowing your boyfriend’s shirt was mega cool and listening to Gwen Stefani upper chic. With male models walking her show for the first time she reflected on the abolishment of gender lines in nowadays society and pointed out the importance of unisex fashion in future. Dans La Vie’s takeaway message here? Conventional beauty is no more a thing and ‘Genderless mode’ is on. 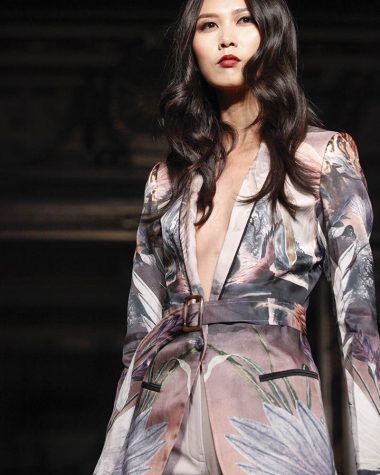