From TuTa to Tupac: How Overalls got Reworked

There is no season in fashion without a heavy dose of denim. But the overall proves to be the hottest piece for Spring/Summer 17.

There is no season in fashion without a heavy dose of denim. But the overall proves to be the hottest piece for Spring/Summer 17.

Take the classic overall for example. Extra wide flares, narrowed waist, the 1970s; and the reduced version that kids wore, baggy with bibs, 1980s and 1990s. Right now fashion is celebrating the reworked overall from the past, which comes in an even more relaxed version, oversized silhouettes. “The trend is moving away from skinnies and super tight fitting denim in general. The consumer is going to continue to lean towards more relaxed and comfortable fits” says Design Director Amy Gambacorta at Eponim Denim.

Indeed, denim was catwalked with maximum comfort this season and skinny jeans might disappear altogether soon from the picture. At Paris Fashion Week Stella McCartney left us gazing at a relaxed buttoned indigo onesie with hitched up trouser legs and a notched collar. Acne Studios stepped up its game with a bib ’n’ brace version, a dungaree-overall hybrid with upsized pockets and thick white contrast stitching on the front. It was the lounge attitude of both looks, which proved us again that McCartney and Johansson are experts on reworking classics that fit for everyday life. Where did the great onesie originally stem from in fashion history?

Admittedly, the first invention was in the ‘20s. Formerly known under the expression ‘TuTa’, the mechanic overall was the brainchild of Italian artist Ernesto Michahelles, who invented the functional workwear garment in 1919. All started when the artist made contact with the renowned French fashion designer Madeleine Vionnet, who introduced him to her Parisian bias-cut invention. With the help of his brother, Michahelles’s famous pattern became accessible to all by being featured in the Italian newspaper La Nazione. Under his pseudonym Thayaht, he described his invention to be “the most innovative, futuristic garment ever produced in the history of Italian fashion.” And indeed, it was.

From a ‘70s mechanic piece to a dickie overall worn by Tupac in the ‘90s; Over the years the chic one-piece has been reworked over and over again. However, it never lost its roots in working-class culture. Popular in the ’90s it was worn mainly by the hip-hop scene and Tupac as the king of style. We look back at his customised version that mimicked his tattoo ‘THUG LIFE on the front of his overall “I remember the blue overall from my childhood days. It was ‘a thing’ for girls to wear in the ‘90s between the age of nine and thirteen. Every kid wore them” says Oksana Kukla, a third year BA (Hons) Fashion Marketing student at London College of Fashion. Gambacorta believes in a comeback, “This 80s/90s nostalgia isn’t going to die anytime soon, so grunge/punk/vintage denim is growing extremely popular” she says.

Besides Stella McCartney and Acne Studios, it was Isabel Marant and A Detacher, who expressed their love for the good one piece too. With the modern Frenchwoman in mind, Isabel Marant focused her look around a cinched waist and a white corset to underline the feminity. “High-waisted fits were very popular at the time for men and women. Often we undid the seam at the sides of our overalls to add in some extra fabric to make the flares extra wide.”, says Robert Robb, a denim purist from Vienna who remembers the hype of the original workwear garment in the late ‘70s.

In contrast, we have seen a loose fit and bright blue wash at A Detacher. This look reminds us of a mechanic’s wardrobe: a male, lying under heavy, oily mechanics or the chassis of a car. Undoubtedly the runway has given us plenty of options to choose from for Spring/Summer 17. “For this current season I would style a denim overall with a light knit underneath, maybe a turtleneck jumper worn with some trainers for a laid back look.”, says Shannon Kitsell, Fashion Journalism student at London College of Fashion.

So, what’s all the fuss about, overalls, coveralls and what happened to dungarees? Paris Fashion Week has proved us that the ‘new’ overall is different to the one we knew for decades.The overall, seen at Isabel Marant and A Detacher might be interesting to watch. Both might appear like you have just crawled out from under your car, but in the end, they make a chic and sophisticated everyday option, that sparks with a feminine silhouette and fresh casual mix. 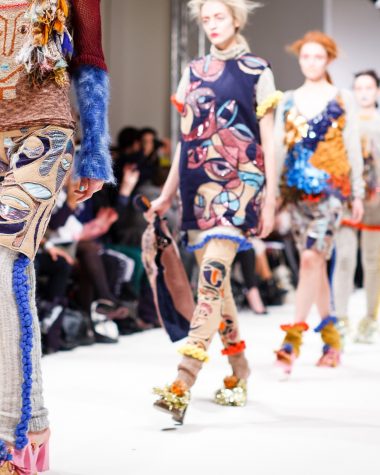 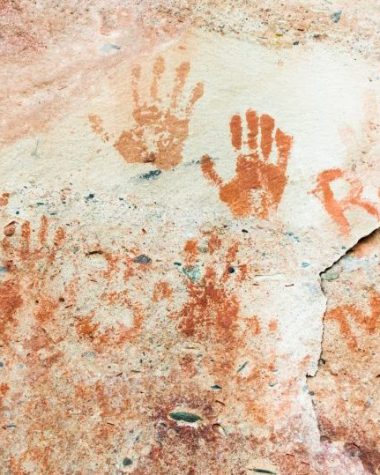